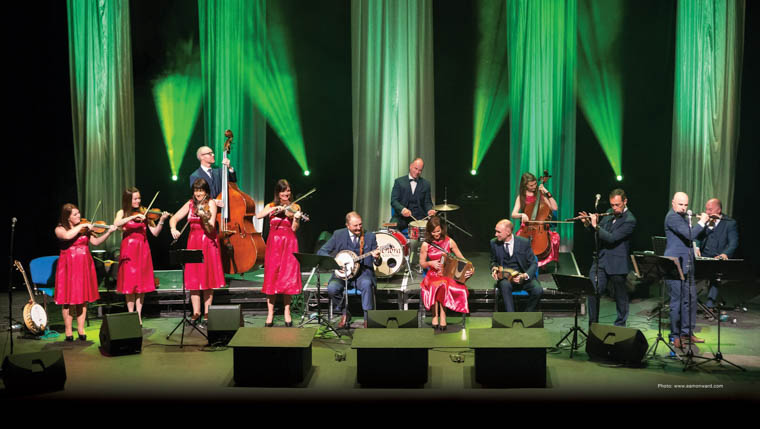 It’s another first for Iúr Cinn Fleadh. Hot on the heels of Paul Brady being booked for Newry’s own citywide festival, yet another living legend of Irish music has confirmed their concert for the Fleadh weekend – the Kilfenora Céilí band!

This will be the first concert in the North for the band, who continue to break new ground with their innovative recordings, artistic collaborations, repertoire and concert presentations. They will also mark the event with the northern release of their new album Both Sides Now – taken from the Joni Mitchell songbook.

The band’s new album Both Sides Now merges both traditional and contemporary repertoire. The recording features everything from Joni Mitchell’s Both Sides Now sung by Edel Vaughan to newly composed waltzes and polkas by band member and concertina player Tim Collins to the familiar upbeat traditional reels and jigs by well-known composers Charlie and Maurice Lennon and others.

‘The album – and even the song itself – is a metaphor for how we, the Kilfenora Céilí Band, have adapted, where the band is coming from and going,’ said Tim Collins.

Fleadh committee member Aileen McCusker said, ‘We’re so excited to have yet another Irish music legend booked for Iúr Cinn Fleadh! Kilfenora’s presence helps to confirm the growing respect and popularity for Newry as a centre for music and culture.’

Iur Cinn Fleadh is an annual traditional Irish music and community festival based in Newry City, County Down which is held from 5th – 8th September 2019 in various venues throughout the city.