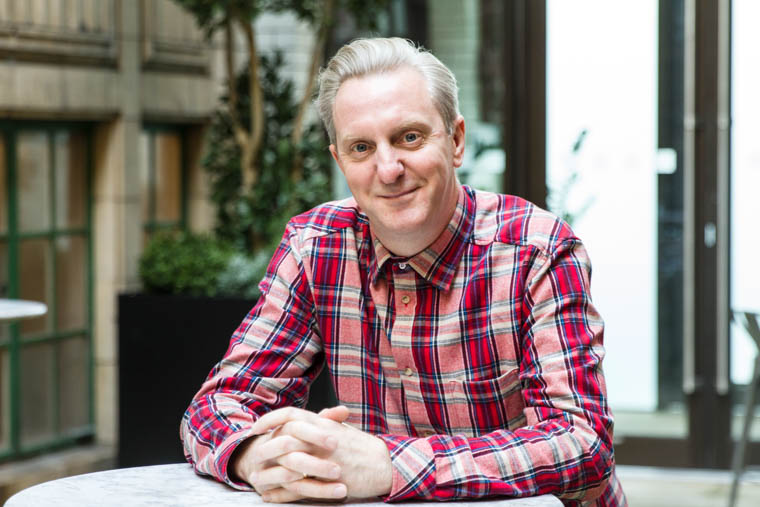 Manchester poet Tony Walsh is the son of a Cavan man and his performances are always a big hit with audiences around Ireland earning standing ovations in both Belfast and Dublin.
The poet  makes his first appearance in Newry as part of Iúr Cinn Fleadh on Saturday 7 September in  a free event at The Event Space, Marcus Square, Hill Street from 3 – 4 pm
As hilarious as he is thought-provoking, expect silly, funny and inspiring poems for children of all ages and their families.
A regular on tv and radio and a passionate educator, Tony’s acclaimed workshops have delighted teachers and inspired children of all ages from Keswick to Kazakhstan and from Torquay to Turkey. Having been invited by the BBC to write the official poem to mark the 60th anniversary of Blue Peter, Tony’s subsequent “astounding” performance earned a standing ovation at the 2018 Children’s BAFTA awards ceremony.
“…Tony Walsh stunned millions of people…” (Huffington Post) with his powerful poem This Is The Place performed after last year’s terrible Manchester bomb, earning “…roars of approval and wild applause…” (TIME Magazine). Tony subsequently performed at the huge One Love concert and the re-opening of Manchester arena, sharing main stages with superstars including Ariana Grande, Justin Bieber, Miley Cyrus, Take That, Coldplay, Katy Perry, Liam Gallagher, Noel Gallagher, Rick Astley, Will.i.am and many more.