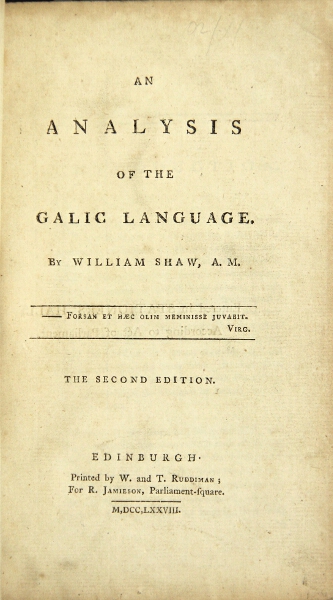 The exhibition of texts (Gaeilge agus Gàidhlig) will showcase the contribution of Protestant scholars to the study and promotion of the Irish and Scottish Gaelic languages. On display will be a small but precious number of signed editions by Protestant writers, religious texts, and primers for the teaching of Irish. The oldest Scottish Gaelic book on display will be Rev. William Shaw’s ‘An Analysis of the Galic Language’ (1778). A very rare copy of Shaw’s ‘Galic and English Dictionary’ (1780) will also feature in the exhibition. Supported by the Brian Conlon Foundation.